ServicesAboutArticlesShop
Get Your Pitch Deck Made
Jan 23, 2021

Making a pitch deck? How many pitch deck versions do you REALLY need?

How many pitch decks should founders prepare when fundraising? Here's what 21 investors have to say.

The story behind a startup is everything.

It encompasses the problems they solve, the solutions being offered, the milestones that were conquered, their future goals, and how they intend to get there.

But there are thousands of ways to tell a startup’s story. Specifically, founders are encouraged to have many versions of their pitch deck.

However, most founders find themselves asking two questions:

1) How many versions do I need to make?

The answer? It depends on who is ask.

We know, we know! We hate that soft answer too.

Keep reading for a firm answer.

A quick Google search will show various opinions from investors, consultants, and entrepreneurs. However, these opinions often contradict each other making it difficult for the average founder to get concrete and valid answers to important questions.

In our quest to help founders create pitch decks that get funded, we set out on a search for more clarity: we compiled investor opinions and analyzed them quantitatively for reliable answers.

First, we scoured the internet for articles relating to pitch deck variations.

In total, we collected 21 resources from investment firms and venture capitalists. Resources included blog posts, articles, and books. All 21 resources were written between 2018-2020

During our research, we found that most investors referenced the variations of pitch deck versions with different names. To avoid confusion, we standardized their opinions based on common language and mutual function.

In total, investors recommended five different versions – but only two or three were important.

Generally, all the investors and investment firms in our quick research agree that founders need at least two versions of a pitch deck: a ‘long version,’ and a ‘short version.’

So, how many versions of a pitch deck do investors recommend?

At least two, but the top three most common recommendations were:

1) a Long Version for Presenting Only

2) a Long Version for Emailing/Reading Only

3) a Short Version for Emailing/Reading Only

We’re sorry in advance for the long names, but, we’d rather be crystal clear on what we’re talking about.

But what do these look like? Let’s dig deeper into our findings to uncover what investors are really saying.

(46%) Long Version for Presenting Only

Nearly half (46%) of investors recommend that founders create a long version of their pitch deck that is only meant for presenting.

According to investors, this Long Version for Presenting Only runs between 10-15 slides and is meant to be presented in no more than 60 minutes.

Most investors refer to this version as a 'presentation backdrop.' Since it serves as a visual aid for investors, they recommend that this version be more visual and less text-heavy and contain crucial information like data, charts, and product demos. Investors suggest that text heavy slides should be replaced with top-level speaking points.

Investors believe that too much text can potentially distract an audience from whoever is speaking at the time.

Nicole Sievers, the Head of Platform at NextView Ventures calls this 'The Show' version. According to her, this is a 'more theatrical, storytelling version of a pitch.'

'You should have two versions of the pitch deck – one that you use when you’re actually giving the pitch in person and another, with more details, that you send to people who will read it on their own. You just want the major takeaways on the in-person version, as you want the audience to be listening to you, not squinting to read detailed bullet points on your slides.'

(27%) Long Version for Emailing and Reading Only

This is the second most popular recommended pitch deck version among investors with 26.83% of investors recommending it.

Standalone decks are meant to be emailed and read by investors on their own. It will also be passed around internally by investors or stakeholders for further review. As a result, this version is longer and relatively more wordy (without sacrificing good design, of course).

Additional information mostly comes in the form of an appendix and longer copy on each slide. This also functions as a way to answer anticipated questions since investors receive piles and piles of decks each day. They prefer to get all the information they need in one sitting – and quickly pass on opportunities that don’t align with their goals.

In a blog post, investment firm Pillar VC describes this as a 'longer deck with appendix – 20-25 slides PLUS up to 50 slides – for use with an interested investor who schedules a second meeting or site visit.'

'the second version of your deck is significantly longer. This standalone variant includes all of your key talking points and tells your company’s story without any narration. This is the deck left behind after a meeting or sent directly to an investor before an in-person meeting.'

(17%) Short Version for Emailing and Reading Only

There’s another version of a standalone deck that’s relatively shorter and investors often refer to this as the 'teaser deck.'

We refer to it as the Short Version for Emailing and Reading Only.

Just as the name suggests, this version functions as a briefing document to inform investors of what to expect during the pitch.

Most of the time, teaser pitch decks are a brief company overview that contains the following:

Mark Suster, a Venture Capitalist from Upfront Ventures recommends that teaser pitch decks should be around 8-12 slides.

'what you need to send is called a ‘teaser deck,’ which you should always have prepared whether you’re fund-raising or not. It should give the reader a way to quickly and visually scan your materials and understand who you are, what you do, why you’re truly unique, and why the market opportunity will be really big.'

(5%) Many Versions, for Many Channels

Now that we’ve covered the top three most popular variants, let’s look at the remaining ones.

Only two investors in our study expressed the belief that a founder can never have too many pitch deck versions. Our quick research revealed that roughly 5% of investors recommend having nearly unlimited versions— and with a few good reasons.

This implies that pitch deck versions vary depending on how the deck meant to be consumed and who is consuming it. Some pitch decks are meant to be studied by investors on their own, while others serve as a 'backdrop' during presentations.

On the other hand, investors also recommend to create pitch decks specific to the investors.

'Be sure you are bringing out the most significant elements to the specific crowd of investors you are presenting to. You can pre-design a couple of slides and versions of your deck you can quickly substitute with depending on the circumstances. What works best may change based on whether you are pitching investors who really care about your industry, business model, technology, etc…'

Read our report to know how to create an efficient business model slide.

Another version that may come in handy is the pitch competition deck.

This pitch deck is the least popular in our study with only 2% of investors (only one out of 21) recommend having it. However, that doesn’t mean it’s not necessary.

Competition pitch decks are usually around 8-10 slides and are presented onstage during pitch competitions. Normally, companies have around 5 minutes to publicly present alongside dozens of other startups.

Content-wise, teaser decks and pitch competition decks need to cover the basics such as:

In his book, Startup Success: Funding the Early Stages of Your Venture, Gordon Daugherty explains that founders simply can’t get by with just one pitch deck.

‘You will need at least two versions of your pitch deck: one for 5-minute onstage pitch competition and another that is longer and used for in-person investor meetings. Most sections will only have one or two slides. This means the onstage pitch version probably has 8 to 10 slides total.’

The easier route in making a shorter pitch competition deck is to take the Long Version for Presenting Only and chop out slides. Do this until it results in something short enough to present at a pitch competition.

What competition visual should you use, though? Read our report here.

The bottom line: founders likely can’t get by with just one version of their pitch deck.

We compiled and analyzed investor opinion to answer one of the most burning questions founders have: how many pitch deck versions do I have to make?

Here’s a recap of what we found out:

The story of a startup can, and should, be told in different ways, in varying levels of detail, and in varying mediums.

The good news is, there’s no need to go crazy creating a thousand versions. Startups likely really only need two. Three at most.

STORY also suggest a master version that would be further edited into other versions as needed.

Keane's resulting pitch deck was much better than anything we could have put together ourselves. Also, he was adept at helping us frame our story in a simple and impactful way, which we were struggling with. Keane also really understood our vision--from the visual impact to the goal of our startup. 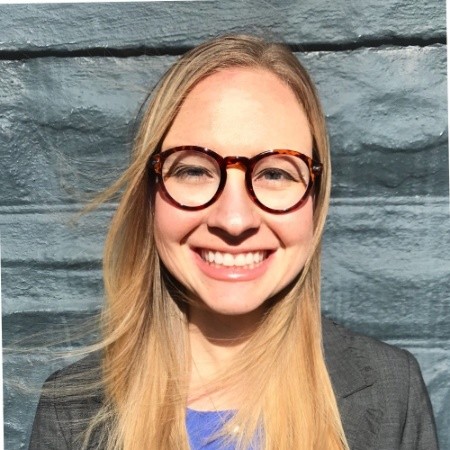 This is the expert you are looking for! Developing the deck with Keane was our second attempt to develop it after the first attempt was made "in-house." I am thrilled to say that we will not use the "third time's the charm" idiom because Keane absolutely nailed it! 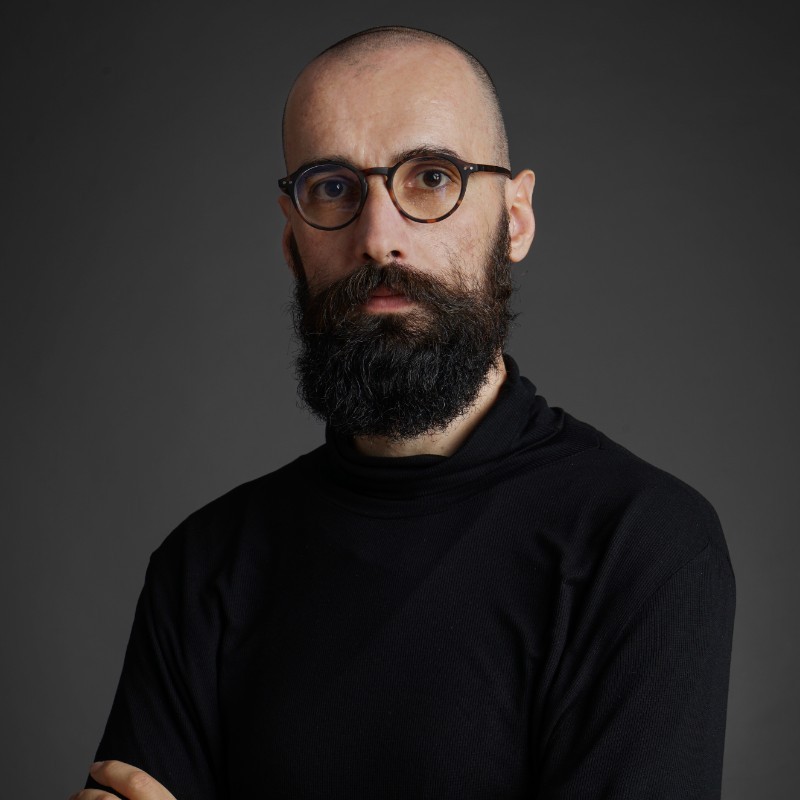 Story is the epitome of professionalism and talent. Keane's process is thorough and through it, we were able to really solidify our value proposition and prioritize what investors care about most. Keane had incredibly valuable suggestions along the way that took the pitch deck to the next level. I have no doubt that working with Keane is sure to give you a leg up in your investor conversations. 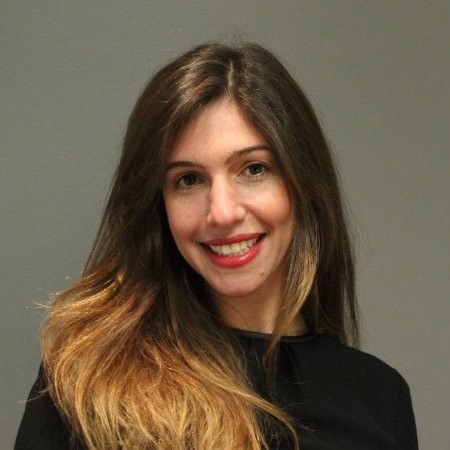