ServicesAboutArticlesShop
Get Your Pitch Deck Made
Jul 17, 2022

First Year Financials: How startups are forecasting their first-year revenue.

The word “realistic” is always a part of the conversation when it comes to startup revenue projections. But how do you define realistic projections?

This article is part of our series of research articles on the financial slide which was done in collaboration with ProjectionHub. The data that was analyzed in this article were anonymized to keep the integrity and confidentiality of parties involved. Read our first report on revenue projections by business model here.

The word “realistic” is always a part of the conversation when it comes to startup revenue projections. Investors have repeatedly iterated that they look for honest, realistic, and attainable projections. However, how to estimate a company’s first year of revenue is an enigma.

Revenue projections are different based on a startup’s business model and maturity. On one hand, post-revenue startups have historical data to base future projections on.

So, how should startups begin their financial projections to imply a realistic revenue trajectory throughout the years?

We’ve teamed up with ProjectionHub to pool our anonymized resources and hopefully find an answer.

First, we aggregated our financial data alongside our friends at ProjectionHub. They help entrepreneurs create sound financial projections for business plans, lenders, and investors.

The entire data set was kept anonymized to ensure confidentiality between both parties.

In total, we analyzed 102 pitch decks across different funding rounds:

Apart from dissecting the data by round, we also opted to segment each pitch deck by the business model. Here’s an overview of the data:

Before we discuss the data and findings, it’s important to note that our current database does not have enough data to make any solid analysis of D2C and Marketplace business models. As we further dissect this data into rounds, the data set will consequentially get smaller. So as usual, we recommend a grain of salt with this one.

Now, to the data.

The chart below demonstrates how startups with different business models project their first-year revenue. Every type of business model grows and scales differently. Others generate revenue faster, while some produce slow and steady growth.

Of note, this data set is inclusive of startups from different rounds. Here, we see how each business scales regardless of where they are in terms of maturity (pre-revenue or post-revenue). We will discuss this in-depth later.

Marketplace startups expect the highest amount of revenue versus their counterparts. This is because each transaction within their platform will produce revenue— hence higher projections overall. However, our data on Marketplace startups are limited, so no clear conclusion can be formed.

On the other hand, B2B Tech has the second-highest year-1 revenue with an average $2.3M projection. B2B companies have the opportunity to generate more revenue in a single transaction compared to other business models, which is why their projections turn out this high as well.

Now, let’s see how startups in various stages of maturity project their revenue in their first year.

We see on the chart below that pre-revenue startups are slightly more conservative with their projections. However, it isn’t too conservative to make investors think that the opportunity isn’t profitable.

Our data shows that Pre-Seed startups already expect $1.3M in year-1 revenue while Seed round startups project $2M. This is still considered a huge amount of money since most pre-revenue startups are still going through development and initial expansion, including R&D and hiring for key positions.

On the other hand, Series-A startups confidently predict a $3.1M year-1 revenue as they already have initial traction and other key metrics to make realistic projections.

As seen below, Pre-Seed companies under B2B Tech and B2C Tech have the lowest amount of estimated year-1 revenue; their projections are less than a million. On the other hand, Marketplace startups forecast a whopping $4M in their first year despite being pre-revenue startups. Marketplace startups are clearly very optimistic when it comes to their financial projections.

Slightly mature startups in the Seed round are collectively forecasting revenue by the millions. Startups under B2C Tech and D2C Products have the lowest financial projections with $1.1M year-1 revenue. On the other hand, B2B Tech has a slightly higher year-1 revenue of $2.5M. We believe this is due to the nature of their business model as B2B startups generate higher revenue per client.

Meanwhile, B2C Tech has the highest year-1 revenue projection for Series-A startups. They are assuming a $5.1M revenue despite their low sample size (n=5).

B2B Tech sits in the middle of the spectrum with $2.8M in projected revenue. Among the startups in the Series-A round, B2B Tech has the highest count (n=9). One can notice a slight increase from Seed round to Series A.

Pre-seed and seed startups, also known as pre-revenue startups, are more conservative in their projections. This is because, at this stage, they don’t have concrete metrics to base their financials on, such as customer metrics or revenue metrics for example. Hence, they would definitely have a smaller revenue projection compared to Series-A.

Meanwhile, Series-A startups have the advantage of data when making projections, since they would have metrics needed at this stage.

Based on our data, we can see as well that projected growth is at its lowest with pre-revenue startups compared to Series-A. Again, this could largely be due to the fact that they are still in the early stages of their company and still lack the kind of data needed to establish higher projections.

From B2B Tech onwards, we can see right away that projections for their startup’s first year are incredibly high. This is interesting especially for B2C Tech business models, given teams in these startups are usually relatively small.

It should be noted again that D2C Product and Marketplace sample sizes for this study are quite small; however, their projections were still high enough to high

In terms of growth, B2C Tech has the highest projection among all business models. This is directly in line with their revenue projection.

Overall, we can see with this study that B2B Tech has the smallest, and arguably most realistic, year-1 revenue compared to other business models.

A “realistic” first-year revenue projection still depends on the round and the type of business model the startup has. However, it’s important to remember that the first-year projection is what should determine the following year’s projections as well. We recommend a marker of 2x per year, as this will show significant growth without looking unreasonable to investors.

To read more on financial projections, check out our past studies here:

Our new pitch deck is awesome, I am delighted to have it all set and ready to go. Anyone looking to get some clarity into their story and messages should work with Keane. He has a very simple, enjoyable and effective method. Top Class!! 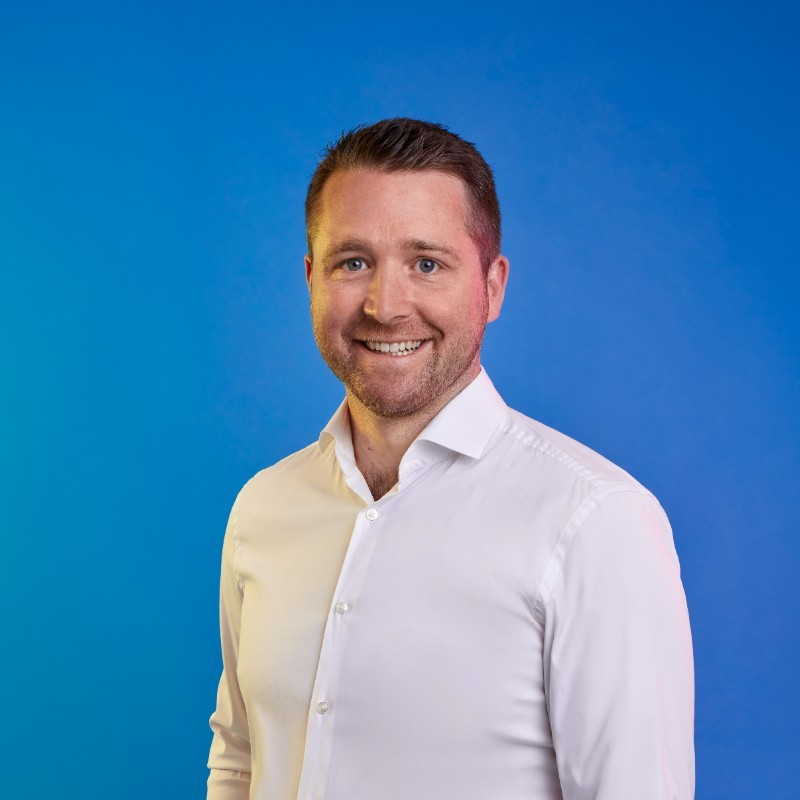 Keane Angle of Story Pitch Decks has some serious skills. He took my pitch book from basic to pro in very little time. I thoroughly recommend his services! 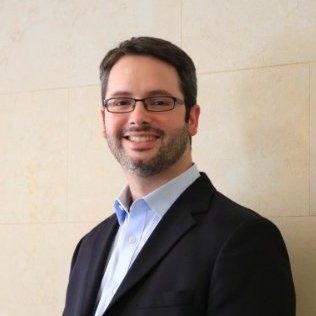 We really loved Keane's structured & time-bound approach to preparing the deck. Keane & his team are amazing at what they do. He had some great insights about how to build our narrative and really enjoyed working with him. 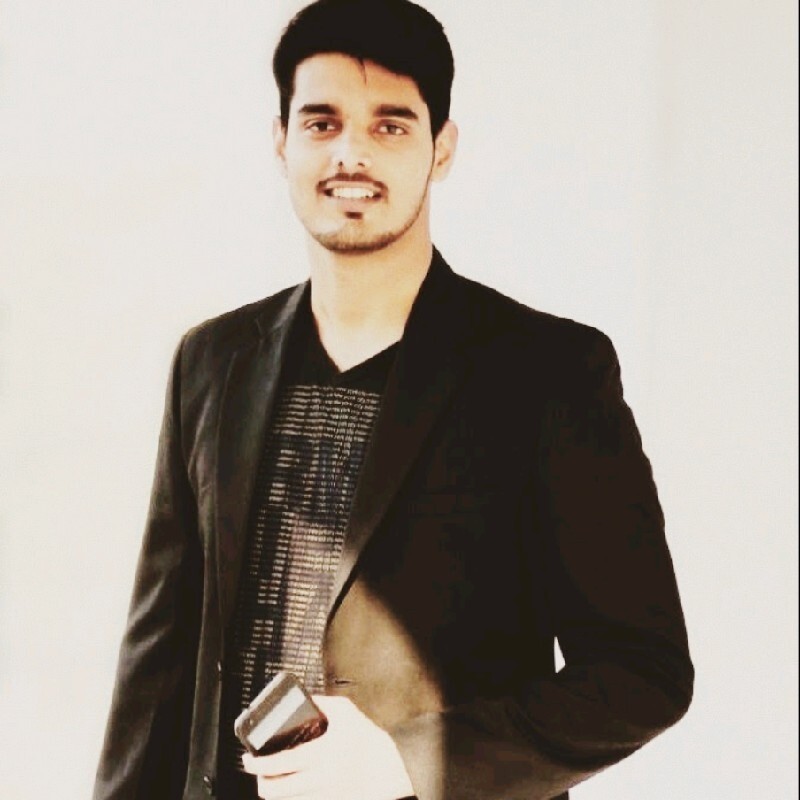